Y’all had plenty of chances, but Thomas proved yet again to be an unstoppable force when it comes to Elvis trivia by winning Elvis Trivialities #14.

Thomas’ trophy shelf of bragging rights must be getting really crowded, for this marks his seventh victory. He also maintains a spot of honor among The Mystery Train’s Night Riders.

For LP Fans Only was the first Elvis Presley album to receive a Grammy nomination.

For LP Fans Only was nominated for “Best Album Cover” of 1959. The honoree of this art direction nomination was none other than Tom Parker, Elvis’ manager.

Front and back covers of For LP Fans Only

I have no idea if this contributed to its nomination, but For LP Fans Only is distinctive among Elvis releases in that it was the first of only two RCA albums released during his lifetime that did not include his name on the front or back covers (the second was On Stage).

For LP Fans Only lost out on the Grammy to Shostakovich: Symphony No. 5, also an RCA release. 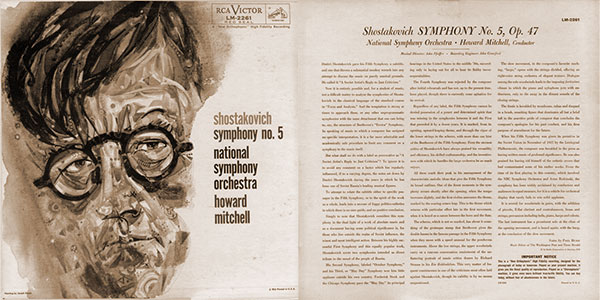 Front and back covers of Shostakovich Symphony No. 5

Do you think you have enough Elvis power to beat Thomas next time? Subscribe to The Mystery Train Blog using the feature in the menu bar to the right. Then, you’ll be notified whenever there is a new post – because you never know when the next trivia challenge might come along.

6 thoughts on “For Trivia Fans Only: Thomas wins Elvis Trivialities #14”