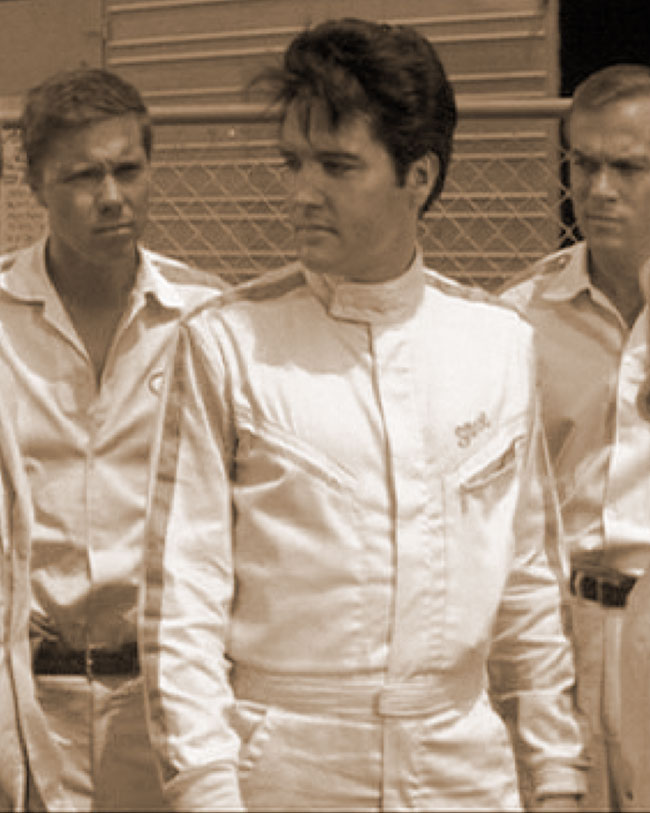 On the iTunes Speedway

Ever since I finished backing up all of my Elvis music to iTunes, I have been wanting to do some number-crunching. I usually rate a song when I first place it on iTunes, using the built-in star ratings of 1-5 (I reserve 0 stars to mean “not yet rated”). I then update the rating, if necessary, whenever the track plays.

For updates, I only allow myself to move the song one star rating in either direction per play. That way, if I am in an extremely bad or good mood, it will not overly influence the rating of a given song.

I now have nearly five years worth of data about how I really feel about the songs within my Elvis collection. This will allow me to determine which individual years and multi-year spans are truly my favorites, at least according to the numbers.

Before crunching those numbers, though, I used my heart to answer some basic questions. I thought this would make for an interesting comparison against the iTunes race results.

Race for the Elvis Cup: The Rules

For this analysis, I eliminated any years for which I had less than 40 Elvis tracks. This resulted in the removal of 1953 (2 tracks) and 1959 (19 tracks). I also eliminated all non-musical tracks (e.g., “Introductions By Elvis,” “Elvis Talks”).

For each of the remaining 23 years, I determined the average star rating for all applicable tracks. I also determined the percentage of tracks from that year that earned a perfect 5-star rating. For instance, the results for 1956 were:

This gave each year a score ranging from a low of 2 to a high of 46. However, there were several ties down the line. The tie-breakers were:

The results were interesting. Leading the pack was the year 1968, with a perfect score of 46 points.

Nearly 85% of the Elvis tracks I had from 1968 were connected to the ELVIS television special project in some way, so that definitely helped stack the deck. Among them were “If I Can Dream,” one of my all-time favorite songs, and other tracks from Memories: The ’68 Comeback Special, a stellar album that includes the full June 27, 6 PM “Sit Down” show.

The real surprise for me was 1967 making the Top Five. Highlights for 1967 included the September sessions in Nashville that produced standouts like “Guitar Man,” “You’ll Never Walk Alone,” and “You Don’t Know Me.” In fact, alternate takes from that session, many of which are collected on FTD’s Elvis Sings Guitar Man, helped propel 1967 ahead due to the number of five-star ratings.

I was also interested in determining my favorite 5-year span. As noted above, I usually say my favorite Elvis time period is 1968-1972, with 1954-1958 running a close second. How did the numbers match against my picks?

I often state that the opening salvos of Elvis’ comeback were actually fired in 1966 during the How Great Thou Art sessions, so perhaps I should have seen this coming. 1969 included the Memphis sessions that produced “Suspicious Minds,” “Kentucky Rain,” and “In The Ghetto,” his return to live performances, and even a strong soundtrack on the Change of Habit film. 1970 featured the That’s The Way It Is project, including the Nashville sessions, the summer rehearsals, and the August live performances.

Now, to answer that age-old question, what is your favorite Elvis decade? Though 1964 and 1965 are hard to love, I otherwise enjoy Elvis’ entire career. When pressed, however, I state that my favorite decade is the 1970s. What did the numbers say?

The analytical side of my personality loved reviewing these numbers. The emotional side of me, though, still believes that 1970 is my favorite Elvis year, no matter what iTunes says.

For me, feelings always rule out in the end, so the Elvis Cup is hereby awarded to 1970, the reigning champion.

12 thoughts on “iTunes Speedway: Race for the Elvis Cup”