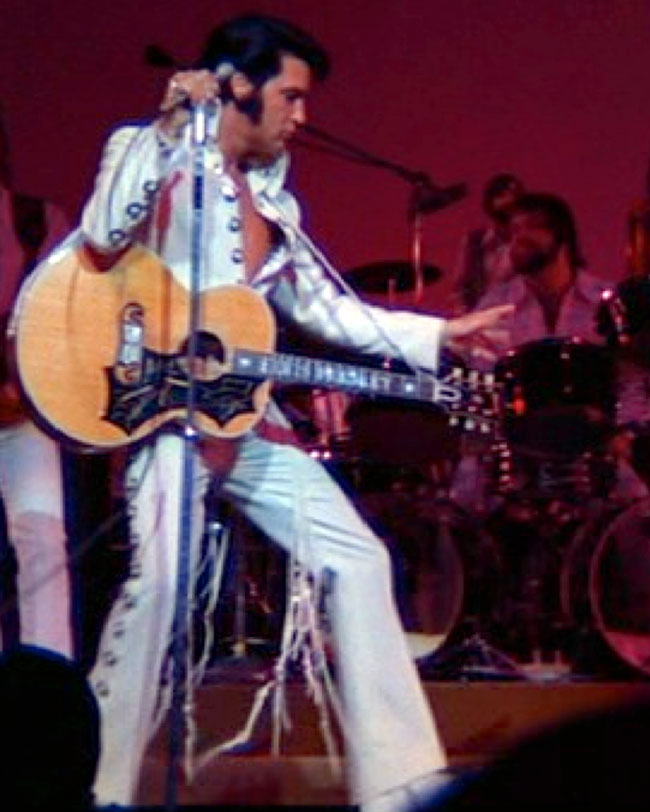 Elvis in THAT’S THE WAY IT IS: SPECIAL EDITION

As hoped, Warner Brothers is bringing a newly restored version of Elvis: That’s The Way It Is – Special Edition to theaters across the United States in August. Playing in 40 states, the limited engagement promotes the August 12 release of the documentary on Blu-ray.

Elvis: That’s The Way It Is was a 1970 MGM documentary that captured Elvis on stage and off during his third concert series at the International Hotel in Las Vegas. In 2000, the “Special Edition,” a completely new edit of the film, made its debut in Memphis. It hit stores the following year on VHS and DVD. The Special Edition used elements of the original movie as well as previously unseen footage. In some ways, it was an improvement upon the theatrical version, while in other ways, it was inferior.

For the purposes of this 2014 theatrical screening, Elvis: That’s The Way It Is – Special Edition is admittedly the best choice for sharing with the “general public” and even casual Elvis fans. After the previously announced August 16 premiere at the Orpheum Theater in Memphis, other US theaters will begin showing the film the week of August 17.

This will mark the third time I have seen Elvis in theaters, dating back to an edit of the ELVIS “Comeback Special” in 2004 and Elvis On Tour in 2010. Each of those previous times, I remember thinking, “This is great, but I really wish I could see That’s The Way It Is like this.”

For me, That’s The Way It Is represents Elvis Presley at his very best. I was only two when Elvis passed away, so he was gone before I ever had a chance to see him in concert. This is a dream-come-true, next best thing for me. I can’t wait! Accept no imitations. This is the real deal.

Be sure to check out the brand-new trailer below or over on USAToday.com.

4 thoughts on “Reserve your seat now for ELVIS: THAT’S THE WAY IT IS – SPECIAL EDITION, coming to US theaters in August”