This is Part 2 of a series of 4 posts covering Elvis Presley’s best live recording, of those officially released, for each of his US top ten hits.

Today’s post features hits included on Side B of The Top Ten Hits (1987), all of which were studio recordings on the original album.

01. Don’t (hit version recorded 1957)
Ultimate Live Version: None available
Though a live version of “Don’t” has never been released, there is a rehearsal version from July 29, 1970, that can be used to imagine what it might have been like. The rehearsal was first released on 1992’s Elvis: The Lost Performances VHS and Laserdisc. It appeared in last year’s That’s The Way It Is: Collector’s Edition book & CD set. A truncated version of the “Don’t” rehearsal also appeared on the A Life In Music CD set (1997) and the That’s The Way It Is: Deluxe Edition CD & DVD set (2014).

02. I Beg Of You (hit version recorded 1957)
Ultimate Live Version: None available
This is shaping up to be a great post, isn’t it?

03. Wear My Ring Around Your Neck (hit version recorded 1958)
Ultimate Live Version: None available
Okay, maybe this wasn’t such a wonderful idea.

04. Hard Headed Woman (hit version recorded 1958)
Ultimate Live Version: None available
Come on, Elvis! Well, for “Hard Headed Woman,” we do at least have a rehearsal version from July 29, 1970. Sure, it is only about 10 seconds long and not very good, but at this point, I’ll take it. This was also on last year’s That’s The Way It Is: Collector’s Edition.

05. One Night (hit version recorded 1957)
Ultimate Live Version: June 27, 1968, 6 PM Show, Rendition #1, Burbank, CA, Memories: The ’68 Comeback Special
Finally! Now, this is more like it. Over a dozen official live versions of “One Night” have been released over the years. His 1968 live versions for the ELVIS special are nearly as good as his 1957 studio master. As with “Jailhouse Rock,” covered last week, Elvis’ raw 1968 voice serves “One Night” well. Though understandable, the smoother vocal approach he used in 1969 and beyond due to the demands of performing up to two shows a night did not serve songs like “Jailhouse Rock” and “One Night” well.

Elvis actually recorded two versions of “One Night” back in 1957. The first used the song’s original lyrics (e.g., “One night of sin is what I’m now paying for”) whereas the released version used modified lyrics to make them slightly less controversial (e.g., “One night with you is what I’m now praying for”). In his 1968 live versions, Elvis intermingles lyrics from both versions of the song.

07. A Fool Such As I (hit version recorded 1958)
Ultimate Live Version: March 25, 1961, Pearl Harbor, HI, Elvis Aron Presley
Here we go! There is only one live version available of “A Fool Such As I,” so it wins by default. It is a strong version, though. Benefiting the USS Arizona Memorial, which was having funding problems despite the approaching 20th anniversary of the Pearl Harbor attack that drew the United States into World War II, this 1961 concert is a must-listen. Elvis’ show raised over $50,000 and turned a spotlight on the issue to encourage contributions from others, including the US Congress. The memorial was dedicated on Memorial Day 1962, 13 years after fundraising efforts began.

08. I Need Your Love Tonight (hit version recorded 1958)
Ultimate Live Version: March 25, 1961, Pearl Harbor, HI, Elvis Aron Presley
This is another winner by default due to being the only live version available. After this Hawaii concert, Elvis did not appear before an audience again until the first “sit-down” show on June 27, 1968, captured for the ELVIS special.

09. A Big Hunk O’ Love (hit version recorded 1958)
Ultimate Live Version: February 16, 1972, Midnight Show, Las Vegas, NV, Walk A Mile In My Shoes
“A Big Hunk O’ Love” is rare among 1950s hits in Elvis’ 1970s concert repertoire in that the arrangement is respectful of the original version and Elvis performs it with care.

Thanks for reading. Next time, we begin taking a look at Elvis’ best live recordings of hit songs first released in the 1960s. 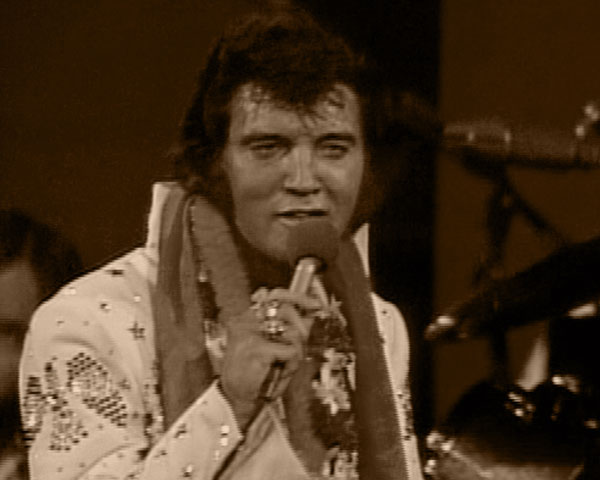 Elvis Presley performs a solid version of “A Big Hunk O’ Love” on January 14, 1973, captured for the ELVIS: ALOHA FROM HAWAII VIA SATELLITE special (NBC)

“We can make our plans, but the Lord determines our steps.”
Proverb 16:9

This site uses Akismet to reduce spam. Learn how your comment data is processed.