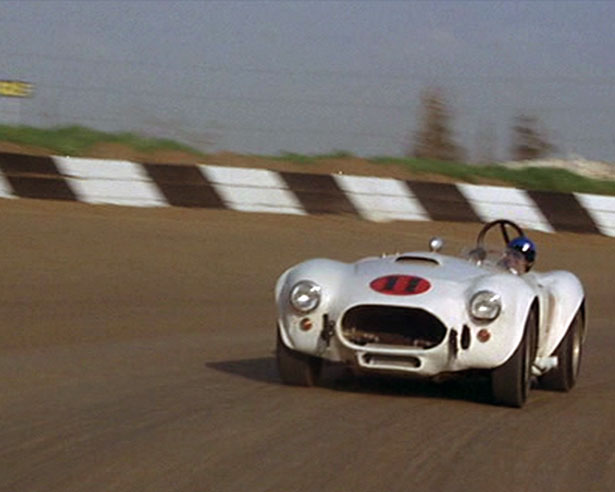 Today, we will look at Elvis Presley’s 22nd movie, Spinout. Before we do that, however, I want to take a sidetrack to mention Baz Luhrmann’s ELVIS film. I usually dislike movies that attempt to portray Elvis, so I was fully intending to skip this one. That is, until I saw the preview trailer that Warner Brothers released last week.

The ELVIS trailer shocked me. Austin Butler seems to have captured the essence of Elvis. He has the body language and moves down without looking like an impersonator. I figured he would look like a clown once they showed him in a jumpsuit, but he pulls that difficult look off, too. I loved the unexpected use of “Unchained Melody” from 1977, which gave me chills. The production design is obviously top-notch, with a keen attention to detail.

The story of Elvis is a challenge to portray in an effective way. It is a tale of both triumph and tragedy. His life is both inspiring and depressing. He achieves the American dream many times over, but slowly allows it all to erode.

“The image is one thing, the human being is another,” Elvis said in 1972. “It’s very hard to live up to an image.” Once Elvis died in 1977, the image won and the human that he once was all but disappeared. Can Luhrmann’s film humanize Elvis again? If the script is as solid as the trailer, this could really turn out to be something special. ELVIS opens in the United States on June 24.

No need to wait until June to enjoy Elvis, though. Let’s take a drive with the real Elvis in Spinout. 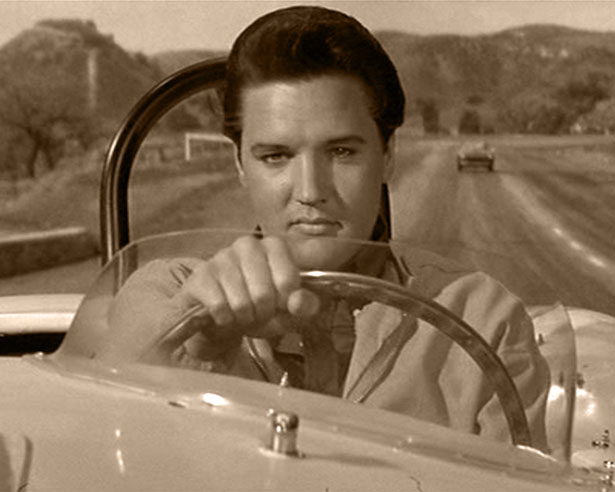 “It’s Elvis with his foot on the gas and no brakes on the fun!!!”

In Spinout, Elvis Presley stars as Mike McCoy. Is Mike a racecar driver who also sings or a singer who also races cars? Folks, we don’t ask such questions when watching an Elvis Movie. We just sit back and enjoy the ride.

View from the #9 car, driven by Mike McCoy, during the Santa Fe Road Race in 1966’s SPINOUT (MGM)

Outside of the cars, there is not a lot of action in Spinout. The film focuses more on the romance side of the Elvis Movie formula. Three, count them, three women are vying for Mike’s affections. There’s heiress Cynthia (Shelley Fabares), who runs him off the road in the opening scene. There’s also author Diana (Diane McBain), who declares him the “perfect American male,” with the prize being herself, naturally. Even the drummer in his band, Les (Deborah Walley), has been secretly holding feelings for him.

Mike is initially unable to decide what to do about his admirers. “I’ve gotta think about it,” he says. “I’ll let you know after the race. I think better when I’m driving.” 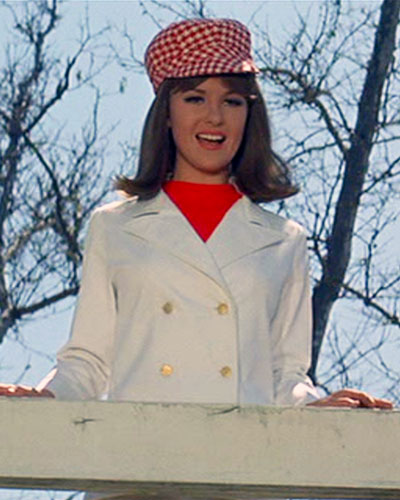 Spinout is the second of three Elvis Movies in which Shelley Fabares appears. She is one of my favorite Elvis co-stars, so I really don’t understand how Mike found deciding among the three women to be so difficult. Anyway, the movie also includes a couple of fun in-jokes in regards to Elvis’ real-life past – the Ed Sullivan Show warrants a mention and Mike refers to a wandering canine as a “hound dog.”

Though production on Spinout began only a few months after the premiere of the Get Smart television series, be sure to listen out for Mike doing what sounds to my ears like a quick Don Adams impression with Agent 86’s “Would you believe?” catch-phrase.

Mike does sing quite a bit in the movie. “All That I Am,” “Am I Ready,” “Never Say Yes,” and “Spinout” are all strong songs. “Never Say Yes” is rare in the Elvis catalog in that it includes the “Bo Diddley Beat,” which is fun to hear. On the other side of the coin, “Smorgasbord” is awful. 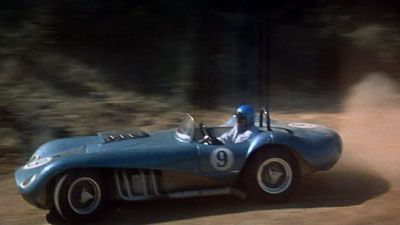 For a movie named Spinout, there is less racing than you might expect. The Santa Fe Road Race featured in the finale is well-filmed. A humorous subplot involving Mike’s #11 car being stolen by another man vying for Cynthia becomes tiresome, though. Mike ends up substituting for Shorty Bloomquist (James McHale) in car #9 to chase after his own car. Look quick and you’ll see Elvis’ friends Red West and Joe Esposito in Shorty’s pit crew. Cynthia also winds up driving onto the road course, so she and Mike tangle again, creating a bookend of sorts to the opening.

Spinout sometimes qualifies as fun, but all too often feels like it is running on empty. 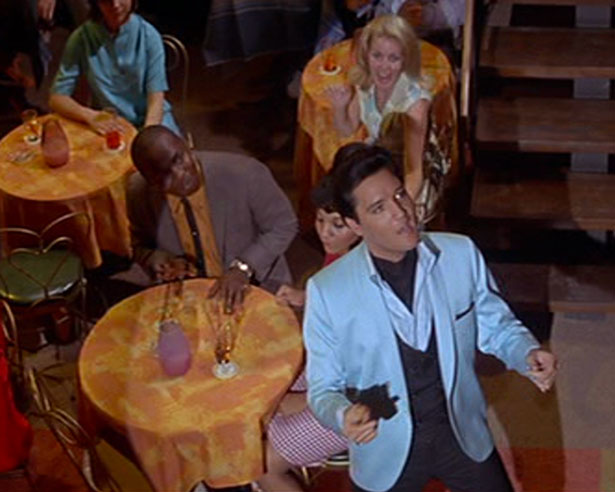 “I do everything to spread the Good News and share in its blessings. Don’t you realize that in a race everyone runs, but only one person gets the prize? So run to win! All athletes are disciplined in their training. They do it to win a prize that will fade away, but we do it for an eternal prize.”
1 Corinthians 9:23-25

I’m more than a little under the weather, so I won’t be able to do a real post this week. I did want to mention FTD’s next Classic Album release, the Grammy-winning How Great Thou Art.

As well as the May 1966 sessions that made up the original album, there will also be bonus tracks drawn from June 1966 and September 1967. Definitely will make for an interesting release.

It will be available internationally later this month, usually about a month later for the US.

I hope to be back next week. I have lots of post ideas, just no energy to do them up right.

Today, I want to make a startling admission that may cause you to never want to read any of my Elvis reviews ever again.

In fact, it may forever change the way you read The Mystery Train Elvis Blog, if you come back here at all.

It’s not fair for me to keep posting here without letting you know the full truth, though. I can no longer hide this secret.

So, here it is. Prepare yourself. I’m even placing a random Elvis photo in between, in case you want to stop reading now and avoid the shock and horror of what I have to say below. Don’t say I didn’t warn you.

Here is my confession:

There, I said it. I have finally admitted it.

I know the 1966 recording for the movie Double Trouble is considered a career low point for Elvis. By most accounts, recording the song was an extreme embarrassment for him – which is an accomplishment considering how embarrassing it must have been to record many of his other 1960s movie tunes, too.

Yet, despite all of that, I still can’t help but love “Old MacDonald.” I want to sing along every time it comes on. Maybe that’s the power of Elvis, or maybe that’s just the power of my own insanity.

I also enjoy the dark humor of the song, which was adapted by Randy Starr from the children’s tune for use in the movie. Stuff like, “…if those animals get out of line, we’ll have a mulligan stew…” Being an animal lover, I probably shouldn’t find that funny. But I do.

I have now admitted being a fan of a “bad” Elvis song. How about you? Are there any universally panned Elvis performances that you secretly enjoy? Make your confession in the comments below.