What was the first Elvis Presley album to receive a Grammy nomination?

The first person to answer this question correctly in the comments below will take home the ultimate trophy – bragging rights.

Congratulations to George Millar, who sat his way to victory in Elvis Trivialities #13.

A first-time winner, he receives a freshly baked slice of bragging rights and a chair among The Mystery Train’s Night Riders.

“NBC” is printed on the backrest of the chair Elvis used during the “sit-down” shows portion of the ELVIS (’68 comeback) television special.

Now, folks, don’t feel bad if you didn’t get this one. For one thing, Elvis is sitting on his chair for most of this segment, so the “NBC” is covered.

I’ve been watching the Comeback Special for over 25 years, but never noticed the chair had anything written on it until my last viewing.

The “NBC” is most noticeable just before Elvis takes his seat in “Black Leather Sit-down Show #1” on DVD 1 of the excellent ELVIS: ’68 Comeback Special – Deluxe Edition. 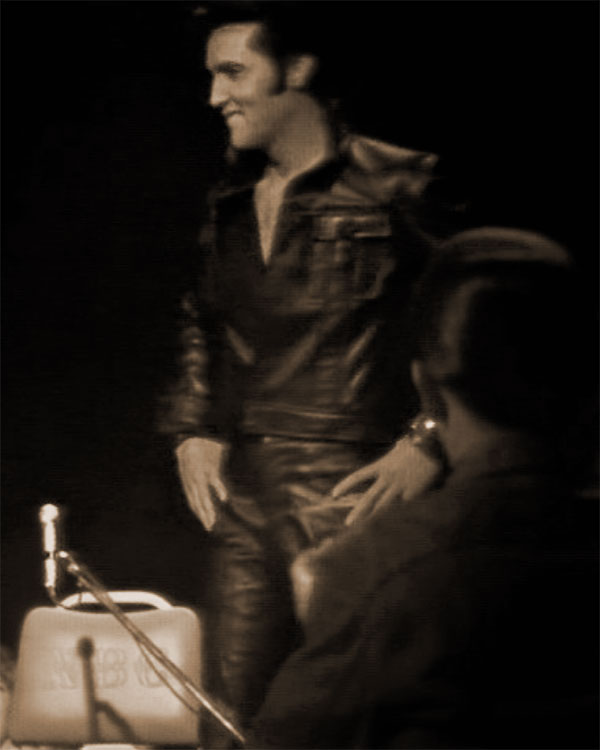 Presumably, all of the chairs on stage carry the NBC designation, but the Elvis one is most visible because the other guys generally remain seated.

George can now brag to his friends and family that he can conquer obscure Elvis trivia questions like the above against the most knowledgable of fans. If you would like the same opportunity, subscribe to The Mystery Train Blog using the feature in the menu bar to the right. That way, you’ll be notified whenever there is a new post – because you never know when the next trivia challenge will come along.

Welcome to the first Elvis Trivialities of 2013. On June 27, 1968, Elvis Presley performed two shows in the round at NBC Studios in Burbank, California, for his ELVIS television special. Known today as the “sit-down” shows, they featured Elvis on electric guitar jamming with friends and bandmates.

What was printed on the backrest of the chair Elvis used during this portion of the ’68 Comeback Special?

If you’re lookin’ for trivia, you came to the right place! The first person to answer this question correctly in the comments below gets a huge slice of freshly baked bragging rights.

Congratulations to Thomas (elvistoday), who unscrambled his way to victory in Elvis Trivialities #12.

He receives a Christmas gift box full of bragging rights and yet another spot in The Mystery Train’s Night Riders.

are the Elvis songs represented by the following scrambled letters:

Have a Merry Christmas!

Well, folks, this must have been the busiest December on record for me. After finishing university in May, I thought my schedule would be lighter. Instead, other commitments keep rushing in to fill the void.

One thing that helped get me though this tiring but fun month has been listening to lots of Christmas music, including, of course, many Elvis songs. With that in mind, I think it’s time for the last Elvis Trivialities of 2012. 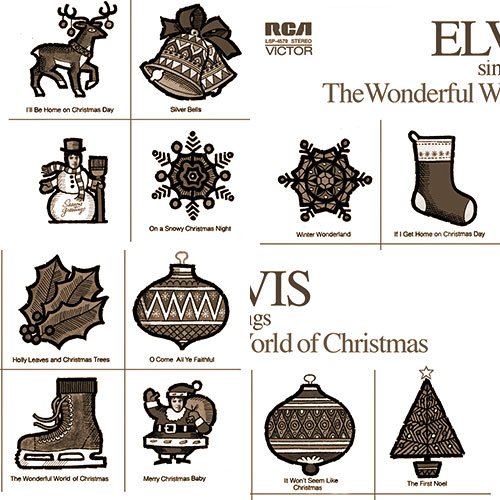 Will you be first to unscramble the Elvis songs?

Name the Elvis songs represented by the following scrambled letters (punctuation and spaces have been omitted):

The first person to get all eleven right in the comments below will unwrap a huge box full of bragging rights.

Congratulations to David, who sprinted to victory earlier today in Elvis Trivialities #11.

Almost In Love is the Elvis album from his lifetime that featured two mistakenly-released cuts.

As first released in October 1970, Almost In Love included “escapes” of two alternate versions released by mistake: Take 17 of “Stay Away, Joe” and Take 10 of “A Little Less Conversation.” A 1973 reissue of the album corrected one of the errors by replacing the “Stay Away, Joe” alternate with “Stay Away” (“Greensleeves”).

Thanks to Thomas for providing a challenging question. First-time winner David not only gets Elvis bragging rights, but also becomes a member of The Mystery Train’s Night Riders. A special honorable mention goes to John this time for giving the correct answer while David’s earlier comment was still being held in the moderation queue.

When will the next question arrive? Find out by subscribing to The Mystery Train Blog using the feature in the menu bar to the right. Then, you’ll be emailed whenever a new post appears.

Today, it’s a special edition of Elvis Trivialities! This time, your question comes from five-time winner Thomas. He asks the following:

Which Elvis album from his lifetime featured two mistakenly-released cuts?

If you’re the first person to post the correct answer in the comments below, you’ll win a brand new, deluxe set of bragging rights. Remember, the answer is the name of the album.